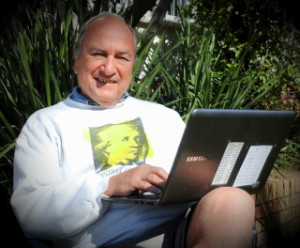 I think a Pandora’s Box has just been opened.

The Government has given in to the students demands for ‘no university fee increases’, and whilst free education has been promised by the Government for many years, the government has created a precedent for mass action to be 100% successful. There is much more to follow, mark my words.

But the immediate concern is to ascertain how the Government intends to finance the ‘no increase’ promise for 2016. As small business owners we are considered ‘the wealthy few’ and as the Government needs to find another R3-billion just to fund the increase that the universities need, guess who’s going to pay it? The government’s policy on free higher education is only for the poor, Higher Education Minister Blade Nzimande told Parliament on Wednesday. There can be no doubt that some form of wealth tax is going to be imposed on us.

And this week we saw a very different side of the EFF. Julius Malema announced to journalists that about 5000 protesters would join his march for economic freedom. To the surprise of us all, more than 40,000 protesters suddenly appeared – and they were non-violent and non-destructive. The ANC has clearly underestimated Malema’s following and his ability to control his flock which is made up mostly of the millions of unemployed who have nothing to lose. These are the voters of the future who have been let down by their ANC hero’s.

So do these events herald the beginning of the end for the current Government? Perhaps not, but there are distinct cracks appearing in the ‘tripartite alliance’ between the ANC, the unions and the Communist Party and this coupled with the power struggles within the Congress of South African Trade Unions will no doubt bring some very real changes within the party long before the next national elections.

This year’s embarrassing incidents in Parliament culminating in that recent ridiculous ‘number incident’ by Zuma (now known as Zumaronics) which has kept the world amused, must be the cherry on top of the ANC’s cake of disaster. Our Government must be the laughing stock of the western world.

As entrepreneurs and small business people, where does this leave us? South Africans are a resilient bunch, of that there is no doubt and we will weather the storm. Back in January I proposed an answer. We have to access new markets – and one of the better markets is the UK. Some South African businesses have been selling to buyers in the UK for years, and they are thriving.

The main problem is that the English are not always comfortable buying from a company many miles away – they like to think that there is a local company to complain to if necessary, so it is prudent to open a branch of your business there.

Believe it or not, it is surprisingly easy to do this and for a small initial and ongoing monthly fee you can have:

Why not test the waters in the UK? There are no leases or on-going commitments so there is no better time to expand. Take a look at www.vealglobal.com