The world’s a stage, and comedy hour has begun… 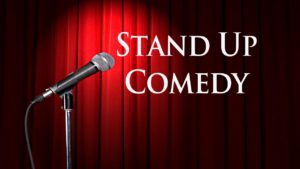 The world’s a stage, and comedy hour has begun. Here in South Africa we are laughing at the lies, deceptions and spin from all our politicians in the run up to local elections.  The SABC’s protection of the ANC by not broadcasting footage of people destroying public property during protests, and statements like Cyril’s “food parcels are not to buy votes – they are for the poor. We are just doing our jobs” are just examples.

And this nonsense is supposed to win votes?

Sadly, I suspect that Maimane would do the same thing if he could. And Malema – well there are no words to describe him or his rhetoric.

In the USA, CNN is giving us a ringside seat at the bout of the century, Clinton v Trump. The mudslinging in round one is nothing to the way it’s going to be in round nine. I’m looking forward to that – CNN will be the most entertaining programme on DSTV. Roll on November.

And in Britain we have Brexit. The ‘stay-in/get-out’ feud is hotting up, with suppositions, guesswork and the usual scare tactics hitting the social networks en masse.

It is this latter feud which interests me the most.

The ‘stay-in’ campaign is arguing that if the UK exits the EU, all the current trade agreements will fall away thus the British economy will fall to its knees. At the recent G7 summit, Cameron said that leaving the European Union would hurt Britain’s economic future and complicate trade deals with countries such as Japan. But behind the scenes it might be very different.  Cameron last week rejected a portrayal from a former aide that he secretly supported a vote to leave the EU. Perhaps I’m just a sceptic, but I believe in the old maxim ‘where there’s smoke, there’s fire’.

For quite some time we have been assisting South African businessmen to set up separate business ventures in the UK to capitalise on the buying power of the British public. The fact that the British are a nation of buyers is unquestionable, this substantiated by the fact that Great Britain is a massive net importer of goods. In the third quarter of 2015 the UK had a trade deficit of more than R230billion (ref the Guardian 9th Feb 2016).

That’s a lot of buying but due to the EU trade agreements, the whole of Africa combined currently enjoys less than 3% of the UK’s trading partnerships. Imagine the opportunities that will arise if the UK exits from the EU? We just have to be ready.

Moreover, my experience of business suggests a very different scenario to that which the G7 portrays. The reason that business survives and prospers even in the most difficult of times is simply because it is driven by money (although socialists would say it is driven by greed). Either way, if the trade agreements fall away there can be no doubt that the UK businessman will trade with anyone that provides a good deal.

Which is exactly what we can offer.

Mr Zuma has actually been kind to us. He has allowed us to be a very cost competitive producer of quality goods, and we will no longer be inhibited by the import/export concessions of the EU which currently favour our European competitors. We can compete head-to-head with current suppliers and in my opinion the resilience of the South African entrepreneur, together with very competitively price goods, will shine through. We will prosper at last.

Sadly, I doubt that there will be an exit. Just like everyone else in the world, the majority of English are scared that there might be a fall in their standard of living and will probably subscribe to the old maxim “better the devil you do know than the devil you don’t”. For us, this will be a pity.

So we will just have to carry on making the most out of what we have.

In the UK, we work very closely with the authorities in Exeter, the financial and trade capital of the South West. They are fully behind our activities simply because we are introducing new blood to their valued bank of entrepreneurs. If you would like to know if there is a market for your product in the UK, just drop me a line and I’ll get your details over to our offices in Exeter.

If you have an electronic brochure or a website, so much the better.