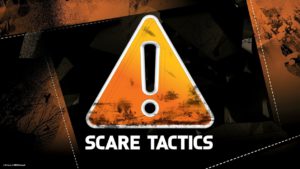 In my opinion the news is the best entertainment on TV right now, especially Sky and CNN. The game of ‘insulting ping-pong’ is in full swing – and not just here at home or in the USA. It seems to be the ‘in-fashion’ political pastime throughout the UK and Europe as well.

The Brexit hangover is still a headache. Almost a month after the UK decided to exit the European Union, economists around the globe are still coming out with data suggesting that the referendum has had a mixed impact on the global economy with certain areas getting affected more than the others.

Whilst I accept that it has created economic and political uncertainty and has had an impact on the business confidence of those that voted to remain, they will get over it. I have many colleagues and family residing in the UK and it is clear that it is business as usual, with no sign of a recession ahead.

So did the ‘vote-in’ scare campaign work? Clearly it did not. Moreover, the egg still covers the faces of the politicians and economists while they continue to justify what they prophesised in the months running up to the poll.

In the USA, Donald Trump is using a similar scare campaign. He has repeatedly said the US is in a “moment of crisis” and that he is the only one who can fix it. Just like Cameron, he is clearly using scaremongering as his main tactic in this election. In his speech accepting the Republican party nomination for president he painted a dark and gloomy picture of life in the US. “The attacks on our police, and the terrorism in our cities threaten our very way of life,” he said. “Beginning on January 20th, 2017, safety will be restored.” He implied that the average American is not safe, and cited law-flouting undocumented immigrants, police shootings and homicide rates as evidence of this.

When his statistics were queried, one of his key allies said “The average American does not think crime is down; does not think he is safer,” Gingrich told CNN. “Liberals have a whole set of statistics that theoretically may be right, but that’s not where people are. People are frightened.”

On the other hand, Clinton is using ‘debunking tactics’ for her campaign. Within minutes of her opening speech following her acceptance of her nomination to run for President, she went on the attack against Donald Trump, saying he wants Americans to fear the future. “Powerful forces are threatening to pull us apart,” she said. She accused him of sowing discord. “He wants to divide us from the rest of the world, and from each other.”

She told the Convention: “We have to decide if we will all work together, so we can all thrive together. We must build bridges, not walls”

And here in South Africa we see the same scare tactics emerging. The ANC’s election campaign rhetoric has focused on the dangers of the past and a return to apartheid if the DA wins. The prospect of losing control of Johannesburg, Tshwane and Nelson Mandela Bay to the official opposition party on August 3 clearly terrifies the ANC, but the ANC has nothing to offer voters.

In desperation the ANC is using the ‘race-card’ as its primary weapon in its armoury. It has worked in the past, but can it work today?

The perception that ‘whites are bad’ is so entrenched in a very large percentage of our population that whenever arguments of government incompetence and corruption are raised, those that suffered under apartheid will generally ignore objectivity or rationality. The ANC is still seen as the liberator.

So in my opinion the race-card will win the hearts of the majority this time around.

On the other hand just the same as Clinton, the DA has focused on debunking the myth of a return to apartheid, saying that life would be better under rule by the opposition party. Both parties claim their policies and governance strategies will make for a better life for the electorate.

In Tshwane, the DA has a commanding lead with 41% of people saying they would prefer the party with the ANC receiving only 26% and the EFF 11% in the latest poll. And in Nelson Mandela Bay it has 44% over the ANC’s 30%.

So what will happen this coming Wednesday?

Your guess is as good as mine.