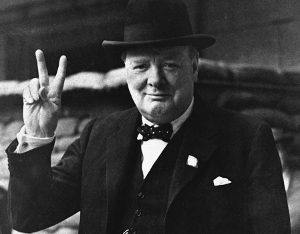 “It is a riddle, wrapped in a mystery, inside an enigma; but perhaps there is a key” These were the words of Winston Churchill in 1939 when referring to the actions of Russia at the beginning of the Second World War. But those words are equally appropriate in describing the current actions of the ANC’s top six; making fools of themselves on the world stage by supporting Zuma despite everything he has done.

The problem is that while our eyes are on these fools we are not seeing ‘the wood from the trees’. The economy is ailing worldwide, affecting the very way we live. But here in South Africa, although I really hope I’m wrong, I have a horrible feeling that it will get worse.

The reason I say this is because in 1994 the official unemployment rate was close to 18%. The Government promised that by 2015 unemployment will be reduced to 15%. I thought that 22 years to achieve this small reduction would be a doddle. Sadly not so. The current unemployment rate is over 24%. What is worse is that despite the efforts of the DTI to encourage growth in small business (businesses with less than 10 employees) employment in that sector of the economy has stagnated, not grown. Unemployment breeds crime, which of course leads to disinvestment, more unemployment and more crime. So the spiral will continue downward until the economy improves.

Can we blame this on the government? I don’t think so; not entirely anyway. Nobody envisaged the speed by which our business processes were to change, negatively impacting on employment opportunities.

As business people we are clearly focussing on the wrong things.

We have to accept that the world is in the middle of the fourth industrial revolution. The First Industrial Revolution used steam power to mechanize production. The second used electricity to mass produce and the third used micro-electronics and information technology to automate processes.

Now a Fourth Industrial Revolution has taken the third revolution to new heights. It is being characterized by a fusion of technologies, the result being very evident in our day-to-day activities. We have pocket-sized software platforms (which we still refer to as cell-phones for some stupid reason) that can download an application, ‘app’ in seconds. Apple has bragged that it has approximately two million apps on its ITunes App Store.

The speed of current breakthroughs in this fourth industrial revolution has no historical precedent and every business, small, medium and large, must adapt to this changing environment. Apps are becoming indispensable as a tool to sell and service products. By the end of 2017 it is estimated that there will be 250 billion App downloads worldwide.

Imagine, as a small business owner producing goods, doubling or tripling your sales by developing an App, opening service outlets throughout the world and eventually becoming the largest supplier of those products.

A good start would be to open a branch of your existing company, or indeed a separate company, in the UK (that’s our area of expertise). But why the UK? Well, they speak English, have a mature and stable economy, have business and taxation laws very similar to South Africa and are centrally positioned to easily supply to the entire western world. They are also on a very similar time zone to South Africa making it a whole lot easier to manage.

Makes you think, doesn’t it?