I think Economists should be renamed Pessimists. They are great theorists, that is unquestionable, but they don’t seem to know or understand how business works. Just like the weatherman, they get things wrong time and time again, but somehow manage to keep their jobs. There’s always an excuse why they got it wrong, it’s never their fault. 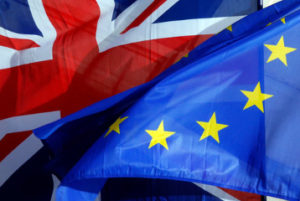 The economic doom and gloom world-wide was harvested by politicians and supported by economists when they prophesized how England, if the it exited the EU, will face enormous new taxes, fall into recession, have inflation like Zimbabwe and have no country willing to trade with them. It led half of the English population into panic. For no reason.
Just the usual political lies and misinformation.
Even here in South Africa, when last month I gave my opinion as to how SA will benefit in the longer term by an English exit from the EU, I was sneered at by my close colleagues. I was definitely in a minority of one. It just goes to show how the vast majority actually believe the rot we hear from so-called experts on the radio, the garbage we read in the newspapers and watch on the TV.

And when he has been proved wrong will he admit it? Not a chance. I believe that he is just opening a door to political spin so that if our useless government does take us into recession, he can blame it on Brexit.

The FTSE 100 has not only recovered but is rising. On the 1st June during the start of the real scare tactics the FTSE 100 was sitting at 6,192. Today, 1st July (only 7 days after the exit vote) it is 6,577 – over 6% up. That must tell us something. I think we will all watch it closely over the coming weeks.
But have you noticed that in the news, reference to Brexit no longer refers to a possible stock market crash, but to the deteriorating value of the Pound. They’ve got to find something where they were right.
Now here is another view of mine that will also cause heads to shake. In my opinion the devaluation of the pound is the best thing that could happen to the English.
I believe that the pound has been overvalued for some time, thus causing UK products on world markets to be overpriced.  This has led to an increase in imports and an impact on the UK trade deficit which was in excess of R200 billion in the last quarter of 2015 (ref the Guardian 9th Feb 2016).
So how will ‘Brexit’ impact on UK trade? The United Kingdom’s main import partners are:
Germany: 15.1%
China:    9.2 %
United States:   8.4%
Netherlands:   7.6%
France    6.0%
The balance is from the remainder of the world.
Of the above, France, the USA and the Netherlands have already announced that they wish to continue trading with the UK, and I am convinced that it will only be Germany that will ‘cut its nose to spite its face’. Moreover, manufactured products and articles account for 24% of all imports, the majority of which I suspect can be manufactured in the UK and those that cannot can be sourced from over 100 countries in place of the few in the EU.
Marine Le Pen, leader of France’s National Front, called the UK referendum “a key moment in European history” and said “I hope the French also have a similar exercise.” Geert Wilders, who heads the Freedom Party in the Netherlands has already promised that if he was elected, the Netherlands will hold its own ‘Nexit’ referendum. And in Italy there are at least two political parties that have called for a referendum on Italian membership of the EU. Kristian Dahls, the leader of the Danish People’s Party (the second largest political force in Denmark), has also announced that Denmark should follow Britain’s lead.
Is this the death knoll of the EU perhaps, opening even more doors to South African business?
In reality, all eyes are on Britain and if ‘Brexit’ succeeds (which I have no doubt it will) the EU will crumble.
“Audentes Fortuna Adiuvat” is an ancient Latin proverb which we translate as “fortune favours the brave”. There has been no time in the recent history of business when this saying has been more apt than today. The brave SA businessman will open up a branch in the UK in the hope that he will make that fortune, but these are times of uncertainty and anything can happen.
In my mind there is no better time than now to take that risk. The future of trade between SA and the UK is now, not tomorrow.
If you are one of the brave and prepared to take that chance, drop us a line or read our website. It’s your call. 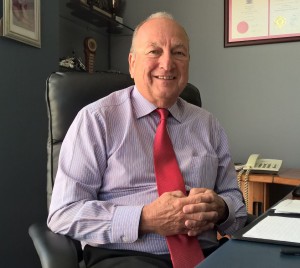 If you’re interested in knowing more about how we help small and medium sizes businesses to open up in the UK at surprising little cost and without any long term commitments , take a look at the FAQ page on our website HERE or drop me an e-mail at pete@vealglobal.com