5 Common objections about expanding your business in the UK 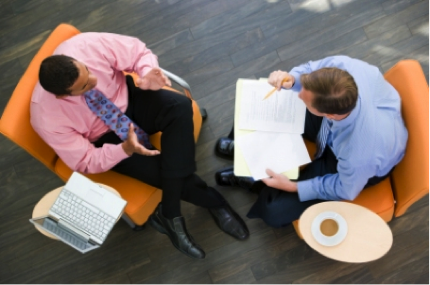 As a successful businessman, you’ve probably been through the motions of deciding what may or may not work when it comes to growing your business. You’ve probably failed a few times, but always seem to get back on your feet. The current state of affairs in South Africa with regards to the economy, political landscape and business regulations are in trouble at the moment, but day-in and day-out we survive and carry on. The question is if things are going to fall to pieces completely, how long will it take?

In this article we hope to address a few objections many people have to expanding their business overseas, in this case the UK.

It would be too expensive

If we had to relate the Rand and the Pound to a boxing match scenario, undoubtedly, the Pound would be represented by Muhammad Ali, and the Rand by an amateur lightweight. Of course it’s expensive to trade in the UK when you’re using Rands, but after your setup and initial administration process, you will start earning Pounds.

For a an affordable initiation fee, you will have a business registered in the UK, a UK bank account, a website, phone number and registered domicile for your company. So all you need to do is get trading!

There is way too much administration

Setting up a business in the UK from South Africa is easier than you think it is. In this country we are used to loads of red tape, lost documents and other administration that makes it difficult to run and set up a business. However, the UK has been classified as one of the easiest countries in the world to set up a business. With the assistance of Veal Global, you could be trading in next to no time without having to worry about all the admin, employing and managing staff, or even marketing your products. We can do it all for you!

The global economy is in bad shape

This may be a true statement, however, in the UK it was recently reported that the nationwide retail sales were on the increase, meaning people have money to spend. It was also reported that regulation by banks was being closely monitored to ensure that the consumer is treated fairly and that behaviour by the powers that be is kept in check. The UK is also one of the best places to do business in Europe, and may even provide the opportunity to easily access a European market, which means further growth for your business.

The UK is home to some of the world’s best education institutions and not only that, but there are millions of highly skilled people from around the world who have made the UK their home. There is also an intrinsic mind-set of the importance of skills development for the benefit of the economy and businesses alike.

South Africa’s business culture was based predominantly on a western model, which is defined largely by the UK and US. Therefore what is acceptable in South Africa is usually acceptable in the UK as well. One of the main differences however would be that in the UK the wearing of suits is still very much a requirement. Other aspects like being on time, confirming appointments, shaking hands, and being presentable are very much expected.

Imagine living in South Africa and earning profits in a currency as secure and strong as the Great British Pound? As with any new business, the beginning is always the hardest, but when it takes off and you’re watching your bank account escalate with the influx of pounds, the struggle will be well worth it.